JUMP again: A Forum for New World Culture - A Blog by Ray Grist

Anthony Barboza was born 1944 in New Bedford, Massachusetts.  He is an African-American photographer, historian, artist and writer. With roots originating from Cape Verde, and work that began in commercial art over forty years ago, Barboza’s artistic talents and successful career helped him to cross over and pursue his passions in the fine arts where he continues to contribute to the American cultural scene.

Barboza has a prolific and wide range of both traditional and innovative works that have been exhibited in public and private galleries, prestigious museums and educational institutions worldwide. He is well known for his photographic work of Jazz musicians from the 70's - 80's. Barboza says,“When I do a portrait, I’m doing a photograph of how that person feels to me; how I feel about the person, not how they look. I find that in order for the portraits to work, they have to make a mental connection as well as an emotional one. When they do that, I know I have it.” Many of his photographs achieve his signature effect through the careful use of lighting and shadows, manipulation of the backdrop, measured adjustments to shutter speeds, composition, and many other techniques and mediums at his command.

Barboza takes a critical look at the role and experiences of the African Diaspora in the historical as well as contemporary context of race, sexuality, gender, politics, and social issues in American society and culture. 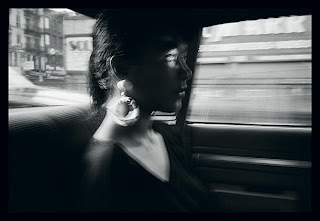 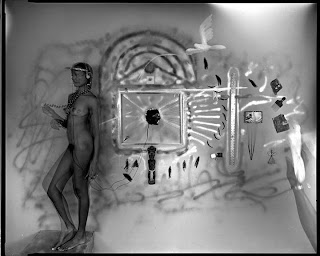 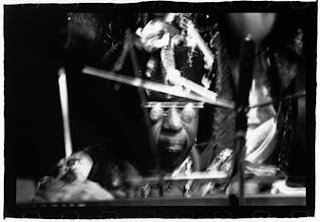 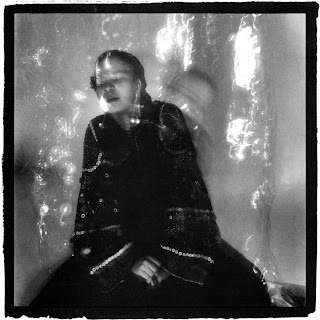 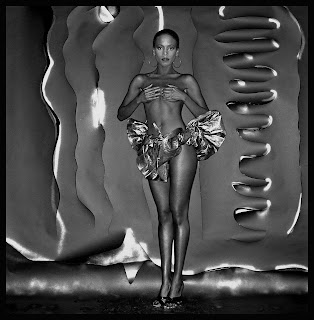 started as a photography at the age of 14 with his father, an avid amateur photographer. He studied with Ralph Hattersley (Columbia University), Lizette Model (New School for Social Research), and Paul Caponegro (New York University/ Graduate Institute of Film and Television). Dawson worked as a medical photographer at the New Jersey College of Medicine and Dentistry where he developed his craft under Marshall Taub, the Chief Medical Photographer. At NYU, Dawson also studied the history of photography under John Szarkowski and Peter Bunnell, who were at the time the curators of photography at the Museum of Modern Art (NYC). While in film school he met Louis Draper, one of the founding members of Kamoinge, a pioneering group of African American photographers founded in 1963. Dawson was later asked to join the group in 1970. In 1971 he was awarded a CAP Grant from the New York State Council on the Arts, in 1978 a CETA Grant from the Cultural Council Foundation (NYC), and in 1984 an independent grant to photograph in Brazil. As a photographer, he has been published in numerous books and magazines and has shown in over 35 exhibitions.

Carnival is one of Brazil’s most well known cultural activities, especially the celebrations of the Escolas da Samba in Rio de Janeiro and the Bloco Afros in Salvador, Bahia, but there are numerous other important festivals throughout the country. Little known outside of the state of Maranhão,  Bumba-Meu-Boi is non the less one of the most impressive cultural manifestations of the African Diaspora. The name ‘Bumba-Meu-Boi’ can mean ‘Bang! Pow! Wham! My Bull.’ In its’ contemporary form, it is a spectacular celebration that fuses African, Amerindian and European elements in a swirling colorful display. Brazilians often point to this fusion as illustrating their national ethos and the blending of the races in their country. Unfortunately, that description of creolization, as is the case with capoeira and samba, tends to obscure or devalue an originating African influence.

Ethnomusicologist Kazadi wa Mukuna has shown that Bumba-Meu-Boi was created in the São Francisco river valley in the states of Bahia and Pernambuco in the 17th Century and later spread to other parts of Brazil.  Enslaved Africans working in the area’s sugar plantations and mills created it to ridicule their colonial masters.  Makuna presents a quote from 1861 in which Bumba-Meu-Boi is described as “the stupid and immoral merrymaking of slaves.” (The description above was extracted from Rhythms of Resistance: African Musical Heritage in Brazil by Peter Fryer, which is a scholarly classic on Brazilian music.) The basic plot tells the story of the birth, growth, death and resurrection of a prize bull on the plantation of a Portuguese owner. A slave, Pai Francisco, killed the bull so that his pregnant wife, Mãe Catarina, could satisfy her craving for the tongue of an ox. After exhausting the abilities of western medicine and science, they call in an Amerindian healer who successfully resurrects the bull.

The different styles of bumba are designated as soltaques or accents.  Although the exact date of its creation is unknown, the earliest style of bumba was Boi de Zabumba, the most African form. The types of instruments used in Zabumba and manner of playing them indicate a musical origin in the traditions of Central Africa. Boi de Zabumba was later imitated and modified to emphasize other ethnic identities. The Boi de Matraca style, created around 1868, stresses an Amerindian or indigenous cultural contribution. Central to this style are the Caboclos da Pena (Indians of the Feather), figures dressed in huge feathered costumes, representing Amerindian shamans with the power to heal. The most prominent musical instruments are the matracas, large hardwood clappers. The most recent style, Boi de Orquestra, originated in 1952 and stressed European costumes, choreography, instruments and musical styles.

The Bumba-Meu-Boi Photography Project was started in 1999. It grew out of an older Brazilian project, which began in 1983 and was formalized in 1984 with a grant from Arthur Ashe and Jeanne Moutoussamy-Ashe. The earliest images were taken using Canon and Leica film cameras, and Kodak and Fuji transparency films. These analog film images were later scanned using an ICG 380 vertical drum scanner at the Advanced Media Studio at New York University. Starting in 2005 all the photographs were taken with Canon digital cameras. John Pinderhughes made the prints for this exhibit on Canson Platine Fiber Rag paper using a Canon 5100 digital printer. A larger selection Bumba-Meu-Boi photographs were shown in 2011 at the Brazilian Endowment for the Arts (NYC) in a group exhibition, Between Light and Shadow: Aspects of Brazilian Popular Culture, curated  by
Liza Papi. 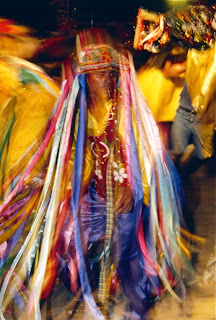 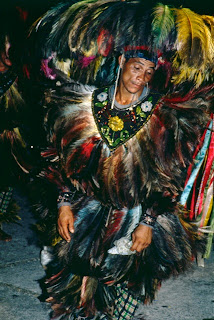 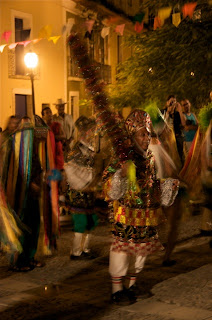 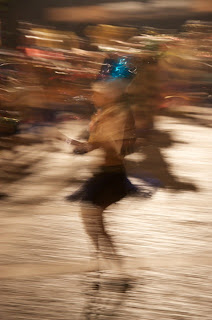 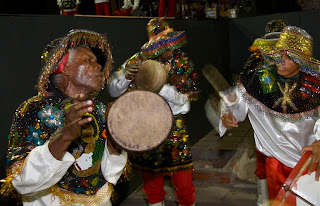 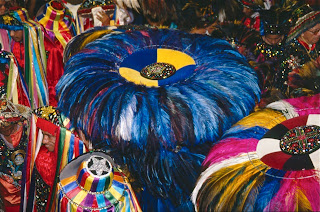